The Toronto Islands have a small handful of eateries. Selection and variety are limited, as most of the restaurants do not operate year round, full-time, and are open only seasonally. Be sure to check the websites of each restaurant for operating hours before you visit. Here you can find a map and information about all the restaurants on the island. 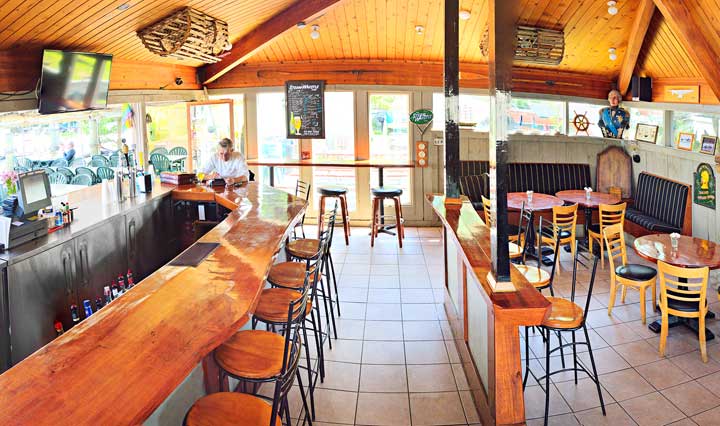 Located at the Toronto Island Marina, the Upper Deck Bar is open for lunch and dinner, and offers live entertainment on weekends.
Visit Website 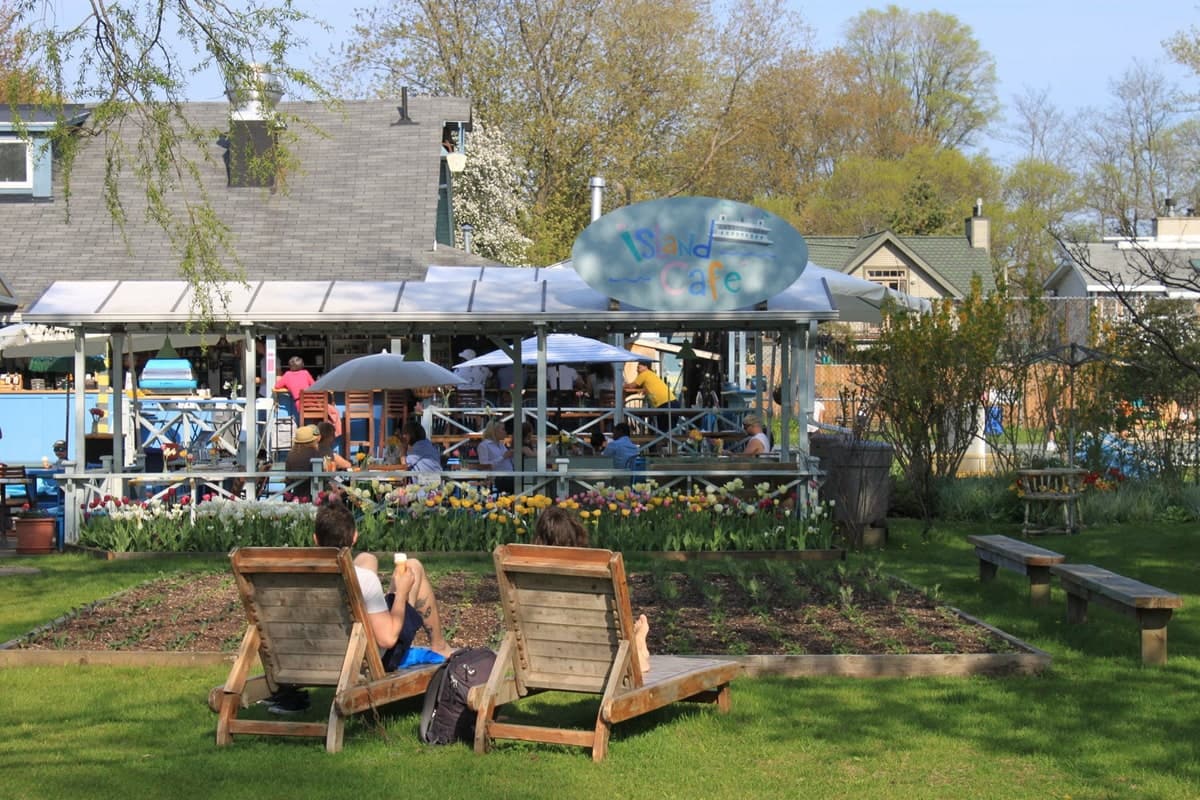 20 Withrow St — Located on Ward’s Island just a few steps from the ferry dock, the Island Cafe offers coffee, brunch, lunch, and dinner. They also do take out and have an ice cream bar, along with a licensed patio.
Visit Website 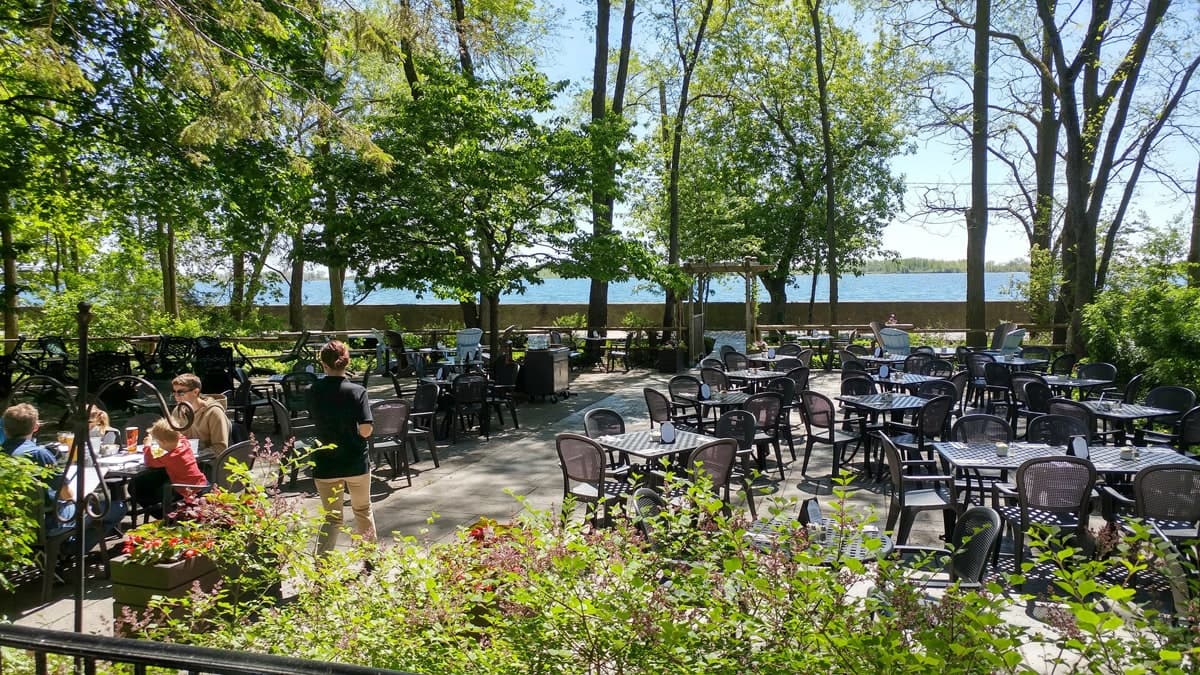 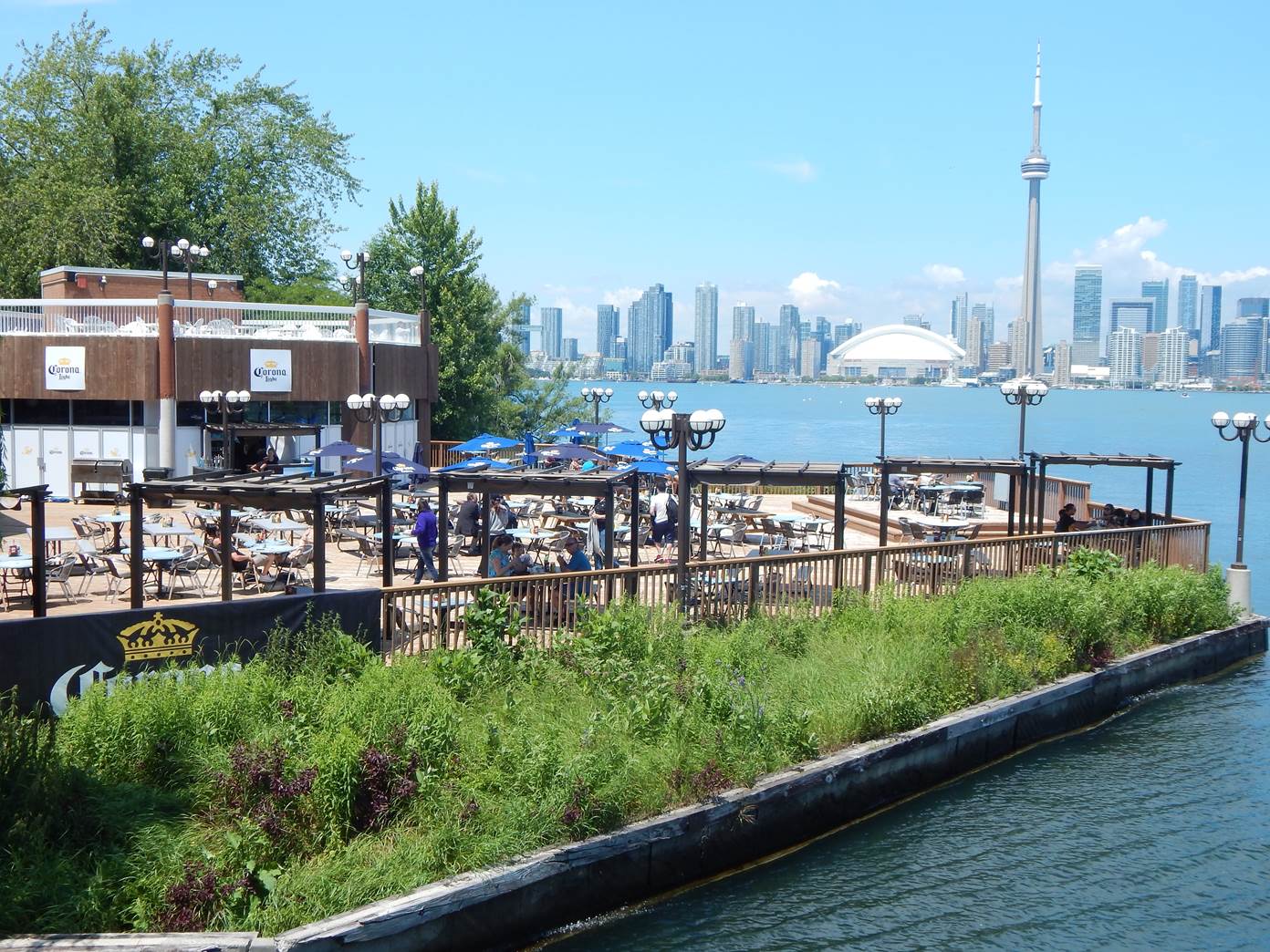 120 Centre Island Dock — Located right next to the Centre Island ferry dock, this large restaurant can seat 1000 guests, including over 500 on the patio.
Visit Website 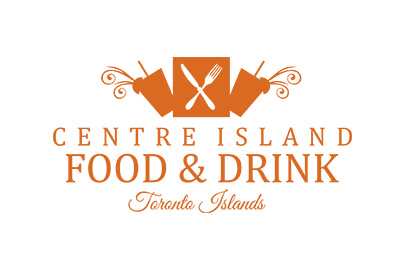 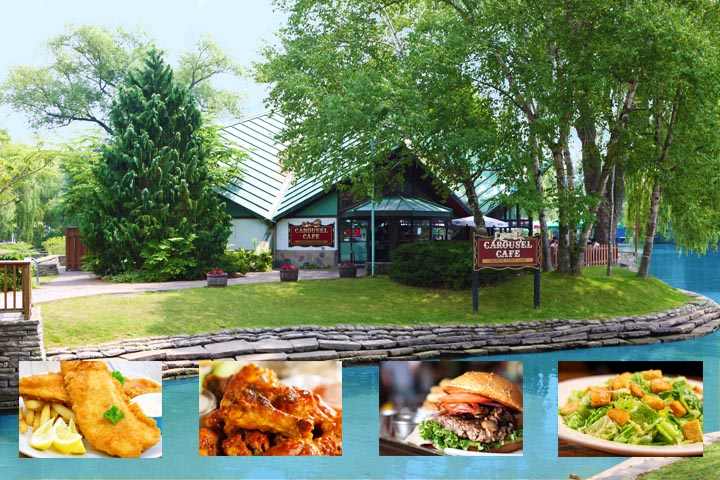 Located next to the Centreville Theme Park, the Carousel Café offers the usual assortment of burgers, wings, pasta, and more.
Visit Website

Located at the Centre Island pier, these flat, piping-hot, doughy, sugary pastries have been a Canadian favourite since 1978.
Visit Website

Centre Island, Olympic Island, and Hanlan’s Point each have large grassy fields that are ideal for picnics and BBQs.

You can picnic on the island wherever you like, but gatherings of 25 or more people (200 max) require a permit from the City of Toronto (at a cost of $88.42 in 2018). Alcohol may not be consumed anywhere on the Toronto Islands except in licensed establishments. Toronto bylaw enforcement officers regularly patrol the island looking for violations. Additionally, picnic permits have additional restrictions:

Permanently fixed charcoal BBQs are available in a few places across the island, although you’ll have to bring your own charcoal or briquettes. Use of propane and other fuels are strictly prohibited in permanently fixed BBQs.

If you’re planning a picnic or BBQ on the Toronto Islands, a wheeled beach cart, super long-lasting cooler, or cooler with wheels will be super helpful to get your food to and from the island.